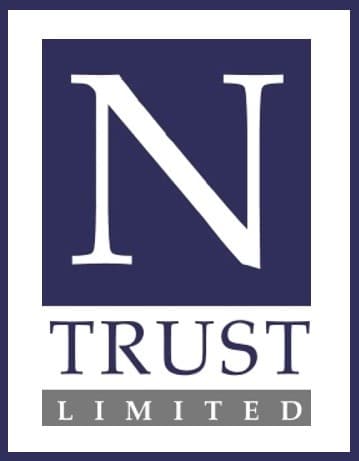 We provide professional and independent trust and corporate management services on an international scale.

Licensed by the Malta Financial Services Authority and authorised to act as a fiduciary, trustee or co-trustee in terms of Article 43(3) of the Trusts and Trustees Act, N Trust Limited is able to boast an experienced in-house team of dedicated lawyers, accountants and other professionals in order to provide the discretion and expertise required by our clients.

WE CAN HELP WITH:

N Trust Limited operates from the offices which house the law firm Naudi Mizzi & Associates Advocates.​ Its core business is the incorporation and administration of corporate structures  and the provision of fiduciary services to resident and non-resident persons.

Corporate structures play a very important role in international tax and estate planning. Our close association with Naudi Mizzi & Associates Advocates ensures that a wealth of knowledge and experience is readily available, which allows us to meet the individual needs of our clients, and in doing so, establish a long term relationship based on trust, discretion and efficient service.

Malta is a small island nation consisting of an archipelago of three islands in the middle of the Mediterranean Sea. It lies directly south of Sicily, east of Tunisia and north of Libya. The country’s official languages are Maltese and English, and Roman Catholicism is the predominant religion.

Malta has been a member state of the European Union since May 1, 2004 and is currently the smallest EU country in both population (approximately 490,000) and area (approximately 316 square kilometres).

Being in an ideal geographical position in the centre of the Mediterranean Sea, Malta has a typical Mediterranean temperate climate, with mild winters and warm dry summers. Effectively there are only two seasons, which makes the Maltese Islands attractive for visitors especially during the drier months.

EU Membership means that any company registered in Malta may trade under the harmonious passporting system, which means that any licence or authorization issued by a Maltese authority is automatically recognized in the other EU member states.

Malta has a very stable political climate. The system is a parliamentary one and public administration is closely modelled on the Westminster system. The unicameral House of Representatives is elected by direct universal suffrage through the single transferable vote every five years. The economy is also a relatively stable one. The average annual inflation rate is 1.64% (as of December 2019), the GDP Annual Nominal Growth Rate is 6.9% (as of the fourth quarter of 2019), the Real Growth Rate is 4.4% (as of 2019) and the GDP per capita is approximately € 27,981 (at current market prices as of 2018).

The Maltese Government entered ERM II in May 2005, and adopted the Euro as the country’s currency on 1st January 2008. Malta is also a member of the Schengen Treaty. The legal system is based on Common Law and Roman Civil Law, although commercial law is heavily based on English Common Law. Malta has also a very advantageous and tax-efficient system.

Malta is the only EU member state which adopts the full imputation system of taxation, meaning that both resident and non-resident shareholders are entitled to a full credit of the income tax paid by a company on a distribution of dividends.

Malta has adopted the EU’s Parent-Subsidiary Directive and the Interest and Royalties Directive, rendering Maltese companies excellent vehicles for conducting international business and provides a very healthy tax environment for shareholders of such companies.

If you have queries related to Maltese taxation, contact us here.

A Maltese company is subject to a rate of tax equivalent to 35% on all its worldwide income. Nonetheless, due to the full imputation system of taxation adopted by Malta, upon a distribution of profits from the company to its shareholders, the shareholders are entitled to claim tax refunds of the tax paid by the company. The amount or the refund varies according to the source of the profits from which the distributions are made.

Article 48 (4A) of the Income Tax Management Act prescribes that a person, in receipt of a dividend paid to him or her by a company registered in Malta from profits allocated to its Maltese taxed account or its foreign income account, may claim a refund of six-sevenths of the Advance Company Income Tax paid by the distributing company pertaining to those profits distributed to him by way of such dividend.

Where the dividend to a person by a company registered in Malta is paid out of profits consisting of passive interest or royalties, the rate of refund applicable shall be of five-sevenths (5/7) of the Advance Company Income Tax (ACIT).

This same rate of refund applies further to dividends received from a participating holding in a body of persons which does not satisfy the conditions referred to in the proviso to Article 12(1)(u) of the Income Tax Act.

Dividends paid out of profits allocated to the foreign income account and in respect of which profits the company has claimed relief of double taxation are not subject to this refund.

Where a person in receipt of a dividend paid to him or her from profits allocated to the foreign income account or profits distributed by an international trading company is either:

such person may claim a refund of two-thirds (2/3) of the Malta tax paid by the company in respect of those profits distributed to him by way of such dividend.

Holding companies that derive dividend income or capital gains from a participating holding are entitled to claim a full refund of tax paid by the company when distributions are made to its shareholders. The effective tax rate paid in Malta in similar cases would be 0%. A Maltese company is considered to have a “participating holding” if it holds equity shares in a non-resident company or a qualifying body of persons and it meets the conditions established in Maltese law.

A participating holding is qualified as such where a company resident in Malta holds equity shares in another entity, and such company fulfills the following conditions:

Dividends for a Participation Exemption

With respect to dividends, the exemption is applicable if he body of persons in which the participating holding is held satisfies any one of the following conditions:

The principles of Malta’s participation exemption have also been extended to apply to permanent establishments (including branches) concerning:

We use cookies to ensure that we give you the best experience on our website. If you continue to use this site we will assume that you are happy with it.OkPrivacy policy